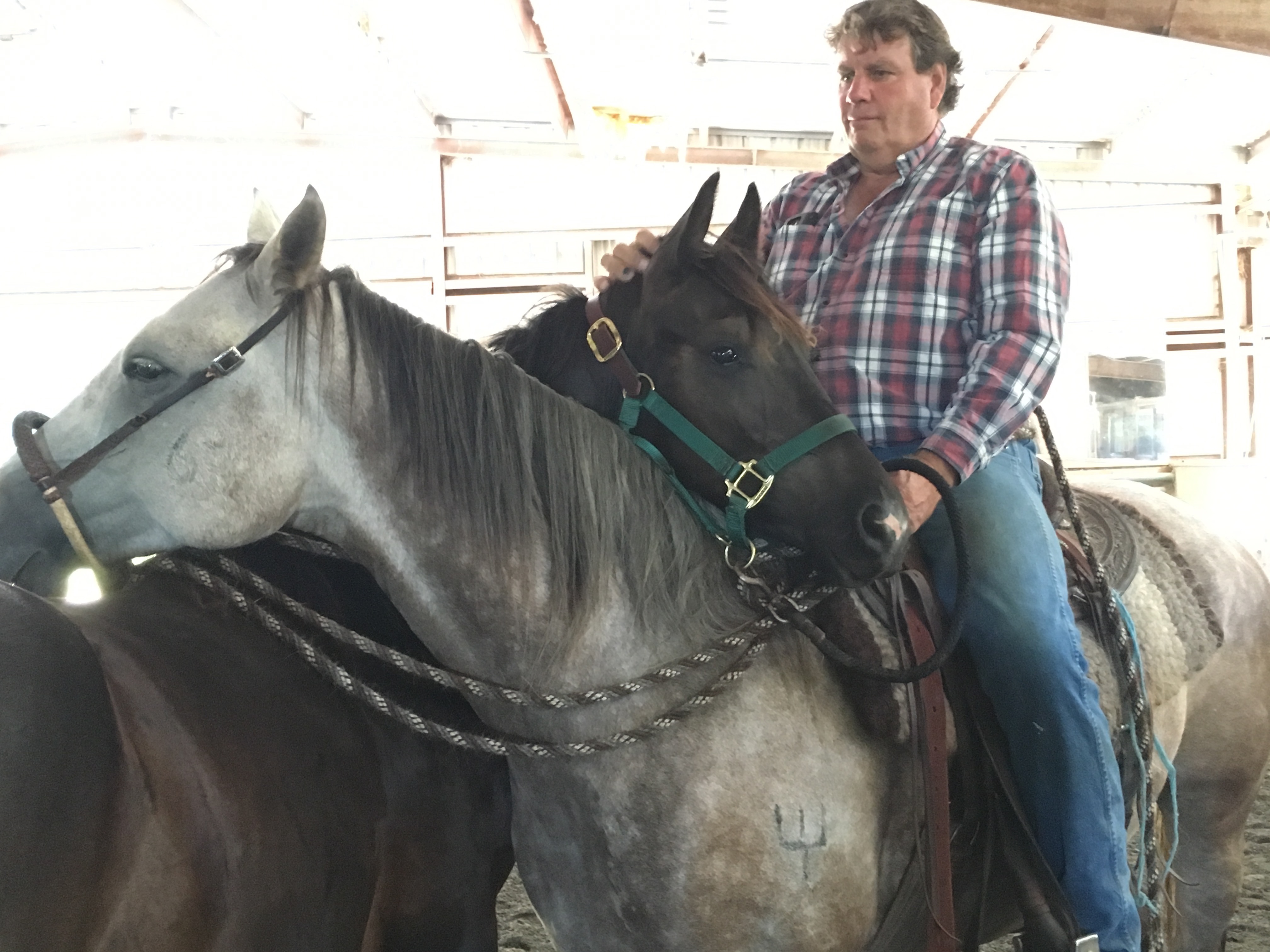 In addition to his horse work, Barry applies his BS in Mechanical Engineering and extensive experience with farm work and landscaping by serving as Facility Manager overseeing farm maintenance. He resides on the farm.

Barry began his horse career halter breaking young Thoroughbreds destined for the track for a neighbor. Later on he adopted Mustangs from the BLM Adopt-a-Horse program and started a few under saddle. He saw Buck Brannaman for the first time in 1995 and that changed his entire approach to horses.

He rode in his first Horsemanship Clinic with Bryan Neubert in 1997 and since then has focused on learning the methods of Bill and Tom Dorrance and Ray Hunt by attending countless clinics with protégés of theirs. He counts Bryan, Buster McLaury and Joe Wolter as his primary mentors and is proud that he got to ride with Ray two times. He began starting some horses of his own under saddle in the “Colt Starting” portion of the clinics and word spread he could do a nice job backing a colt. This led to starting horses for other people in the clinics then taking some home to continue their education..

Barry left his engineering job in 2001 and started riding for the public full time.

It was 1995 when he first saw Buck Brannaman and 6 years later he was suddenly a “professional horse trainer” (an appellation he hates by the way). His colt starting skills took a quantum leap forward around 2003 when Buster McLaury invited him to Oklahoma to help start the colt crop at a breeding farm. He spent 17 days there getting one-on-one instruction from Buster while they backed 38 two year olds and returned a year later to spend another 30 days with the next crop of 40 more.

Barry has worked to apply his “cowboy” horsemanship to “English” horses by expanding his education to dressage instruction from J.Ashton Moore and Bonna McQuistion. He taught at a “Girls Horsemanship Camp” for 4 summers and really enjoyed teaching kids not just how to ride but a solid foundation of all aspects of a relationship with a horse.

Since Barry first picked up a lead rope at 25, he has started at least 300 horses under saddle and has helped 100’s more to get over problems and advance their training.

Barry’s expertise helps horses of all breeds and disciplines from trail horses to cow ponies, hunters and jumpers, eventers and dressage.